“It’s not 1996 anymore. Everything has changed,” says Matt Sellhorst, who, like many involved in marketing, has had to reinvent himself in the wake of the digital revolution, the proliferation of information technology and the Great Recession.

A onetime financial services executive who rode the real estate wave up during a 15-year period until it crashed in 2008, Sellhorst, 40, decided to jump ship and get into the business of selling boats at what turned out — with 20/20 hindsight — to be the absolutely worst possible time to do so. Talk about bad timing.

Although some may say this was akin to jumping from the frying pan into the fire, Sellhorst has managed, with more than a touch of chutzpah, to turn a lemon into lemonade.

He says he asked himself, “If I could do anything, what would I like to do?” at this crucial turning point in his life. Drawing on fond childhood memories of lake boating in Nebraska, he decided to get into an industry for which he had a true passion.

In the lakes around Charlotte, N.C., Sellhorst signed on as a salesman with the Hall Marine Group, a boat dealership with six locations and 17 salespeople.

To succeed, however, he reasoned that he would have to reinvent himself as a boating expert to whom savvy customers — now armed with boatloads of information from the Internet — would be willing to turn to for advice about how to buy a recreational boat. He’s now a self-described “pleasure boat specialist.”

During the past five years Sellhorst has built a veritable cottage industry of self-promotions designed to differentiate him from the competition through the creation of a recognizable personality and the promotion of his personal brand.

He is convinced that the traditional way of selling boats has gone the way of the dinosaur because consumer buying habits have fundamentally changed. Boat buyers used to get information about a boat at boat shows, dealerships, through magazine articles or from friends, he points out.

“Thanks to the Internet, that’s just not true any longer. It’s a new world,” he says.

Through articles written for local newspapers he has positioned himself as an adviser that someone looking to purchase a boat could trust. And he has created links to consumers on nearly every social media platform, producing an astonishing 672 YouTube videos at www.youtube.com/user/BoatingTheCarolinas — self-produced webinars, including lots of pictures and video of his wife, young daughters and dog, using little more than a smartphone.

Taking a page from what borders on pitches seen on late-night infomercials, he has produced “The Official Boat Buyers Guide: How to Buy the Right Boat at the Right Price!” Available at www.BoatingTheCarolinas.Org, it’s hyped as a report that “area boat dealers and even private sellers hope you never read.”

Ever the author of a catchy phrase and promise, Sellhorst has another video, “7 Reasons to Call Matt Sellhorst, Pleasure Boat Specialist,” that is worth seeing at http://www.boatsforsalelakewyliesccharlottenc.com/services.html.

He has even begun to market himself as a marine industry expert and “Head Profits Coach” via his website, BoatDealer Profits.com. Because “most boat dealership marketing is terrible,” he has self-published a book for the marine trades titled “Marine Marketing Strategies” and provocatively subtitled “Which Ones Actually Work and Which Ones Are Guaranteed to Drain Your Bank Account, Jeopardize Your Margins and Squash Your Dealership’s Quest for Higher Profit?”

The slim paperback, featuring five “Marketing Mistakes” chapters, was written, he says, for “honest and ethical boat dealers” and is based on building a solid foundation for long-term marketing success rather than using “magic bullet” strategies such as Facebook and Twitter.

Of particular interest to those in boat sales and marketing is a free three-part webinar, “Video Marketing for Boat Dealers & Brokers,” that Sellhorst has produced for those who are not entirely comfortable with the Internet and social media. With nearly 60 minutes of informative content, the webinar is available at https://www.boatdealerprofits.com/.

Noting estimates that 74 percent of all Internet traffic will be video by 2017 (with only 26 percent apparently reading material online) Sellhorst says video has become an essential sales tool because 80 percent of boat buyers will do research online prior to visiting a dealership. Making a virtual connection online with potential buyers is important, Sellhorst says, noting that buyers often do not want to talk with a salesperson until later in the buying process. He advises those in sales to give potential boat buyers sufficient “space” to make a decision.

Sellhorst is a self-professed “non-techie” who believes boating is best brought to life on a visual medium and his step-by-step video advocates using YouTube and Google+ to produce quality leads and referrals at a very low cost. He’s not much of a fan of Facebook and Twitter, which, he says, are overhyped and no silver bullet. He says his approach has generated an average of 15,916 video views each month (215,931 video views for the past year) and made him a “top producer,” selling upwards of 75 boats a year.

Not bad for someone who had never sold a consumer good in his career and who, since the Great Recession, has not only changed careers, but also moved, married and had two children to boot. Boating executives trying to figure out how to get this industry out of its slump should take notice.

Sellhorst will be taking his show on the road at a major industry gathering later this year and is slated to present “How to Fill the Holes in Your Online Dealership’s Bucket” at the 2014 Marine Dealer Conference & Expo in Orlando in mid-November. And just to be sure that folks know he’s presenting, he has posted a YouTube promo at https://www.youtube.com/watch?v=xUVPmU1rn9M six months before the event.

Michael Sciulla is president of Credibility & Company Communications, as well as vice president of the Marine Marketers of America and a member of the board of directors of both Boating Writers International and the Marine Marketers of America. During a 28-year career at BoatUS he built the association’s brand as membership grew from 30,000 to 650,000.

This article originally appeared in the July 2014 issue. 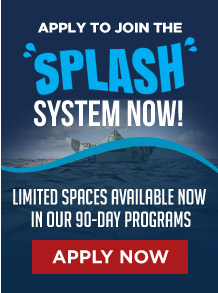 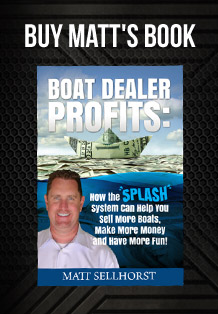 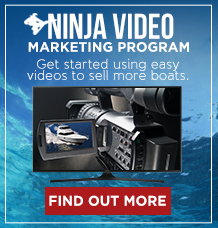 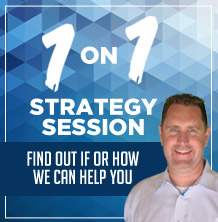 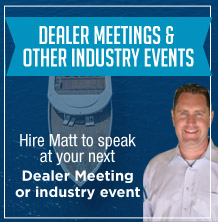